On June 10th  We played a game of Black Seas. 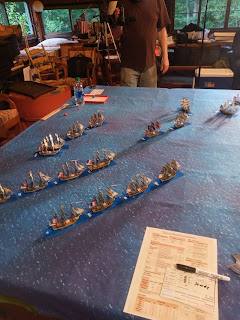 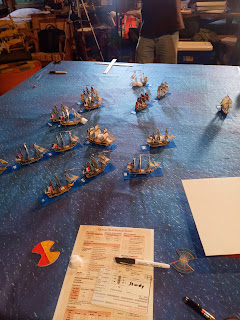 Heavy fire was exchanged first at long and then much closer range. 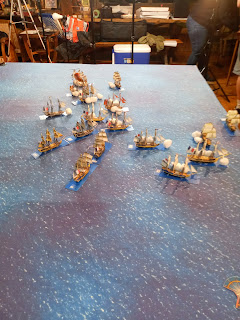 Mars was repeatedly hit by multiple French ships.  Mars was eventually forced to strike on fire 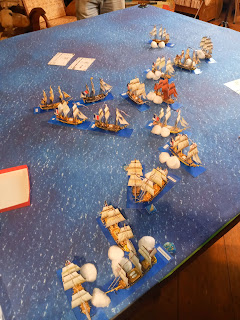 The game ended with a dramatic collision between the flag ships and and the Bellerophon being grappled by a French ship Tigre.  Bellerophon won the boarding action though we ruled the result minor French victory (one could argue it was a draw).