Over the winter my friend Bob Rioux sent me three lovely 3D printed schooners I finally got the first of them finished. 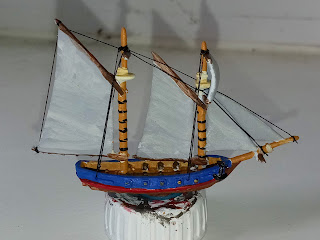 These are excellent little ships superior to those made by Warlord Games. 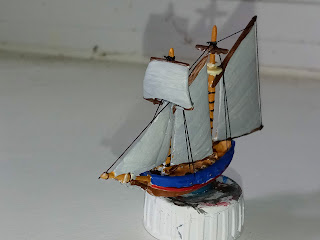 This one is painted as a yacht/privateer I need to add some flags but she is basically done.  Thanks again Bob.
Posted by AdamC1776 at 9:47 PM 3 comments:

Battle of Nassfelden 1813 Republic and Empire

Last Friday Arofan invited me and several other gents up for a game at his home.  I've gamed a few times with John in person but this was my first big gathering in a long time. 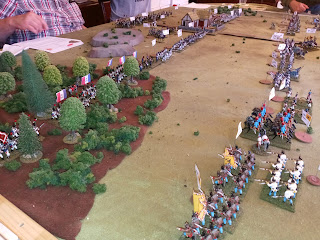 I took command of the Austrians on the left flank... and ended up facing a large number of Young guards under Mark. 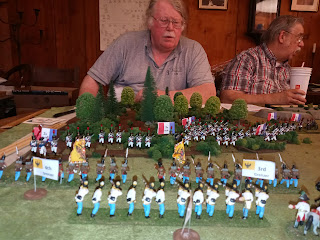 That converted my advance with light troops into a holding action. 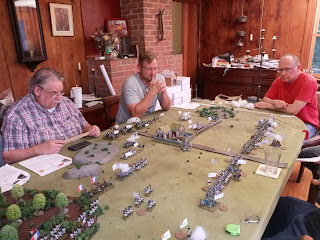 The early game was dominated by artilery. 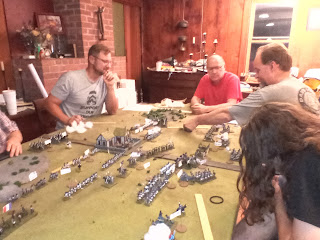 With our origional plan stalled we had the Russians on the right and the Prussians in the center advance. 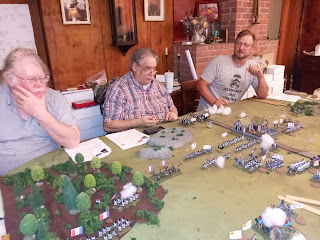 Fighting in the center was savage.  The Saxon Brigaed on the fight and the French Brigade in the center took an unbelievable pounding. 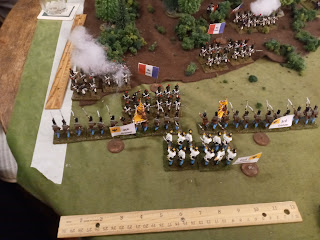 After several tunes of sniping at me Mark Lunched a counter attack that if it worked would have turned the allied position. 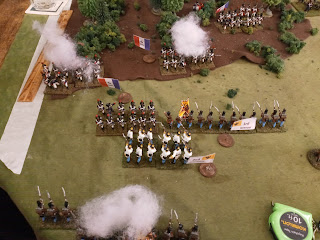 My men held thought we were getting thin on the ground. 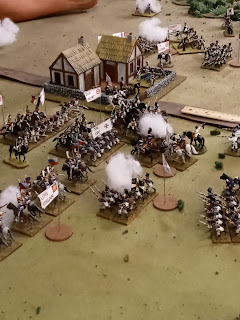 The Prussians and Russians push.  The Saxon brigade finally crumbles. 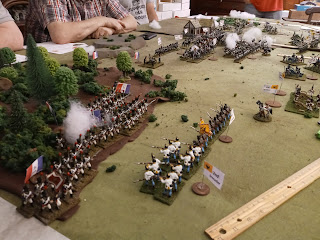 The French launch a cavalry charge in the center as I restore my line as best I can. 10 French/Saxon units broke compared with 7 Allied both armies are spent its a minor allied victory.
Posted by AdamC1776 at 9:15 AM 1 comment: