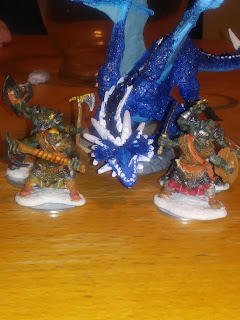 Finished up fou orcs to fill out a unit for sturdays game.  A dragon organizes various monsters to fight of Human encrochment. 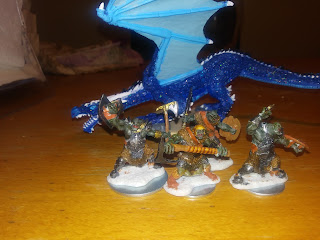 I'm using a mash up of Pikeman's Lament and Dragon Rampant.  It should be interesting.
Posted by AdamC1776 at 8:37 AM No comments:

The Bloody Lane (second defense of the sunken road) 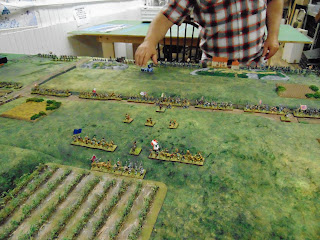 On June 15th John and I decided to play pickets charge again correcting a couple of errors we made on the sunken road. 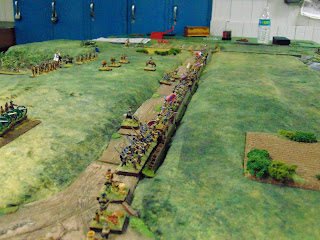 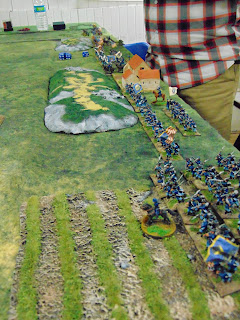 John had a lot of weight on each flank. 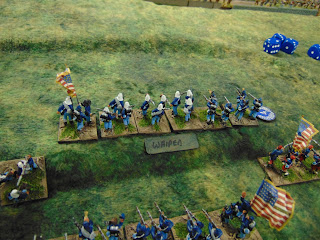 I got some lucky rolls up front causing 4 casualties and causing a failed moral role for John's center brigade. 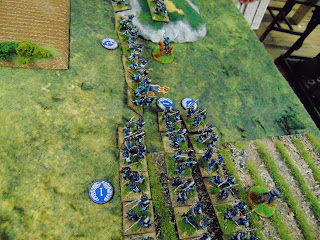 On my right flank John's force start to take punishment form my infantry and artillery.  This time we remembered to use the bounce through fire rule making artillery much more effective. 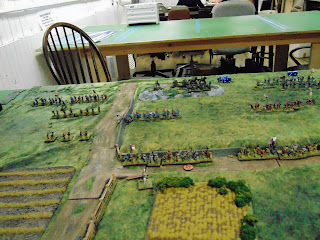 On my left the Union troops are advancing and have started to punish my left most regiment. 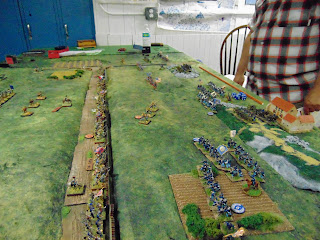 John's center is still trying to get his center going as he was having bad luck with moral roles.  Still his flanks are pressing in on the right 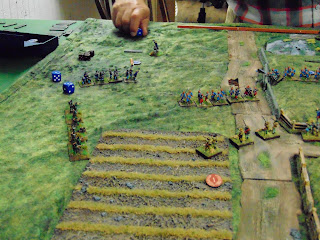 And using in the greater space for maneuver on the left he has my skirmishers back stepping fast. 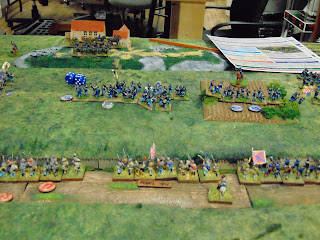 The center and right flank troops are moving forward and powerful volleys are exchanged.  Remembering the extra casualty dice units in the road get to roll in this scenario is helping me get the better of this exchange but... 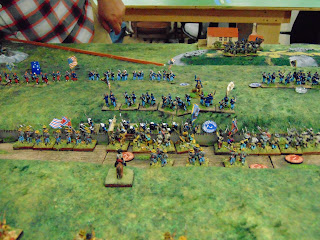 Its not enough to prevent John from mounting two powerful charges. 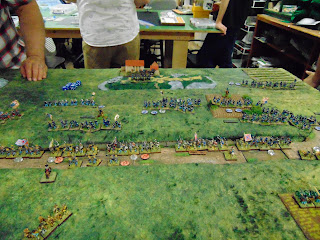 Unfortunately for Union hopes Confederate troops aim true.  In the center one entire  battalion of Yankees disintegrated under fire causing moral disruption among the following units. 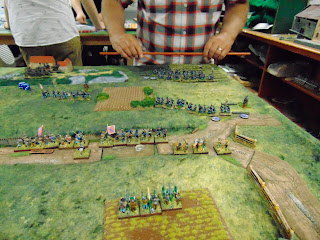 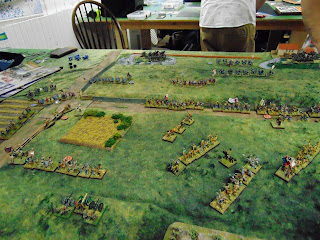 John drives one of my units back with flanking fire and I send forward my reserves!. 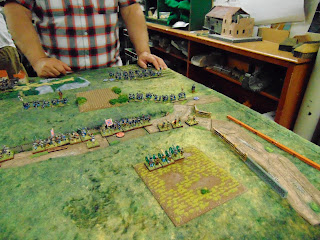 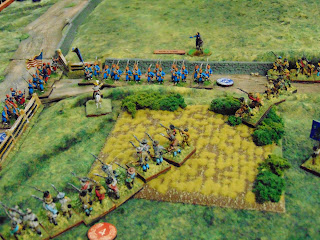 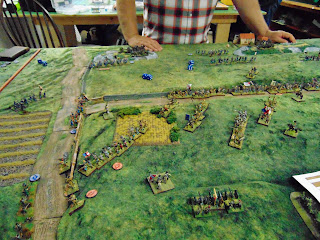 only to be thrown back by my on rushing reserves... I had really good dice this game while John's were only average. Still the game played well and was fun.  The Pickets Charge rules are well worth checking out if you get the chance.
Posted by AdamC1776 at 7:13 AM No comments: 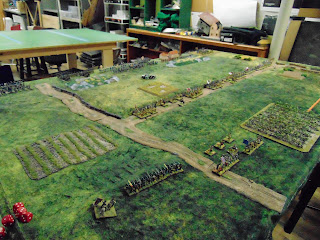 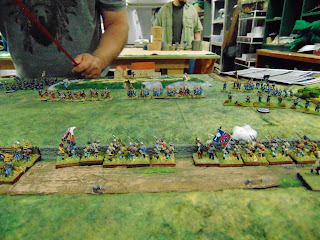 This game gives riffled muskets very long ranges if you use the extreme range rules (though we gave it to every one not just Veterans).  one of my units here is marked with smoke indicating a loss of fire discipline.  Basically they are to busy blazing away at the enemy to move next turn (this happened in Civil War battles) 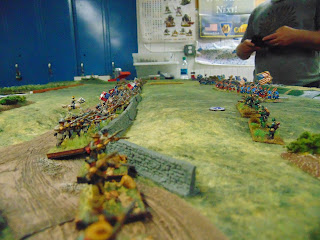 Great shot of the Union units advancing on the sunken road. 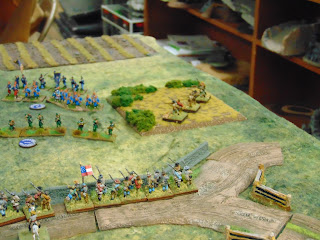 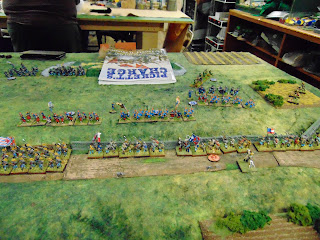 Just before a particularly nasty exchange of musketry. 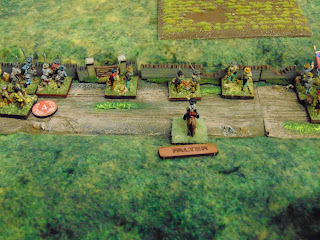 John's artillery finally got some good rolls hamming one unit and causing their brigade to falter... 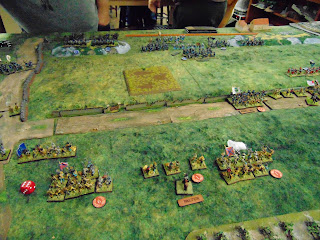 Forcing them to fall back. 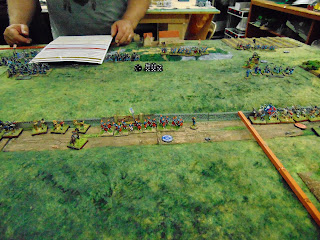 Fortunately John's advance on that side of the field is suffering some uneasy spirits as well.  On the other side of the table a Union charge dislodged another part of my line.... (sorry no pictures) but its certain I was in trouble. 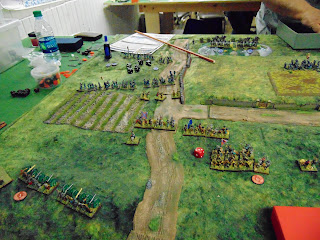 Unfortunately John had to call the game.  I wouldn't mind another crack at it now that I have a better feel for the rules. Brigade moral is seems to be fragile especially when men start charging or the Artillery hits hard.  I enjoyed Pickets charge and would play it again though I think I still prefer Longstreet.
Posted by AdamC1776 at 6:53 AM No comments: