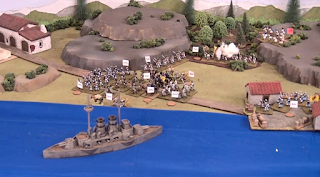 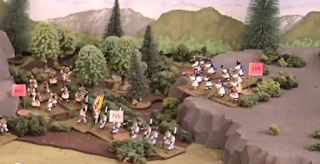 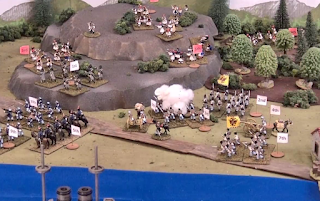 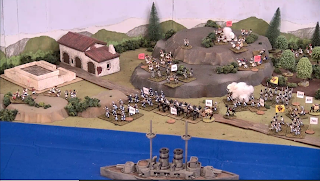 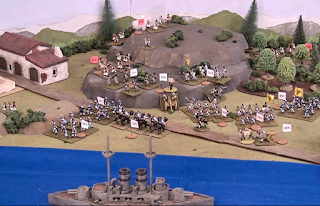 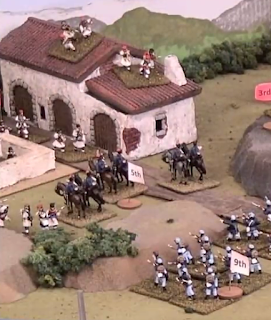 Finally they make a move over the hills!

Pressure builds on the flank 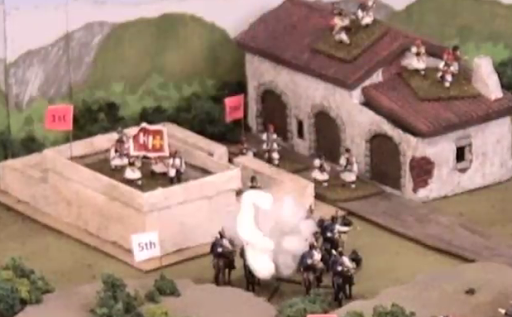 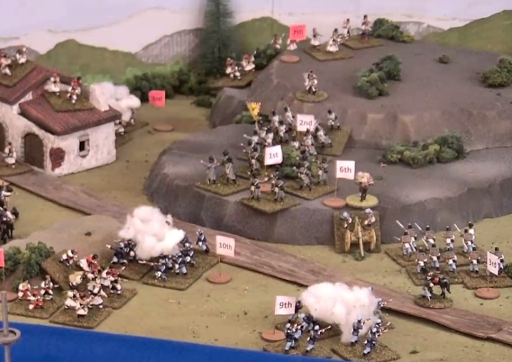 Fatigued units struggle to advance or hold their positions. 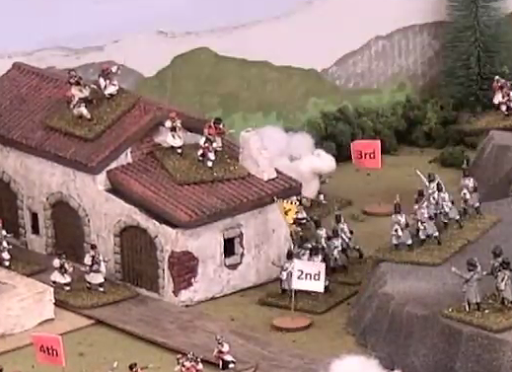 Charge! the tribesmen fall back... and our counter charges fails to shake the attackers. 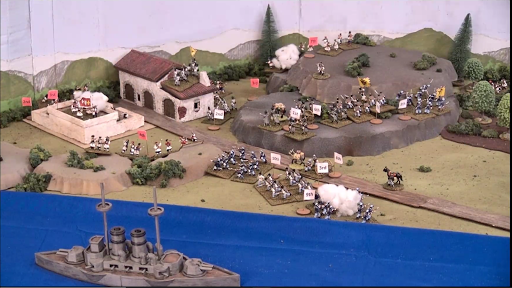 But the Austrian 2nd then fades away in exhaustion pushed past what they can take. 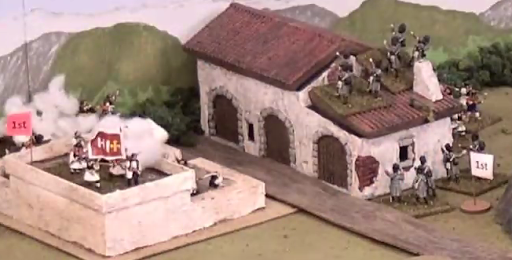 Jager's move into the village tribesmen swarm them and drive them off! 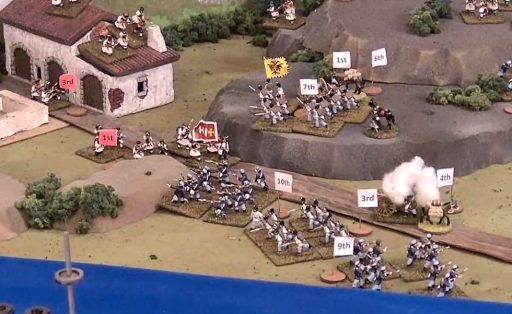 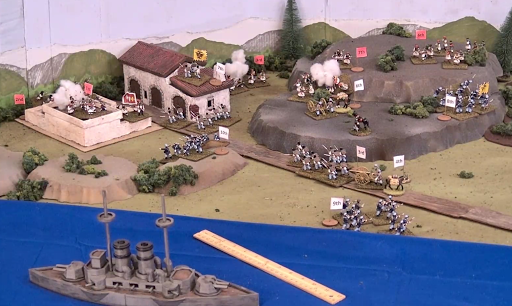 The Austrians capture the town again but are unable to hold the position... The Austrians attack has run out of steam.
Posted by AdamC1776 at 11:01 PM 2 comments: