Arofan put together a great little game day at Wicked Gaming in Peterborough New Hampshire Saturday. It was my first day off so to speak since Grayson was born. The First game saw me as a BEF platoon leader in 1914 facing wave after wave of "Huns." 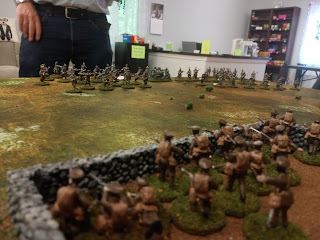 This is what we call a target rich environment. 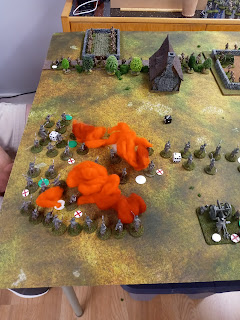 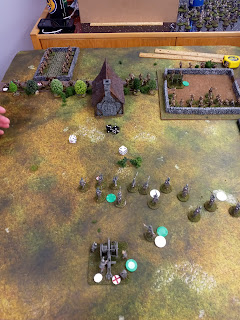 We managed to repeatedly clear the board.  By the end 9 German units had been eliminated for minor losses on our side. 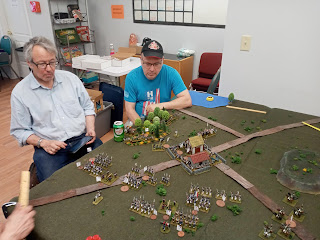 We next did a fictional battle inspired by Napoleon 's 1814 campaign. 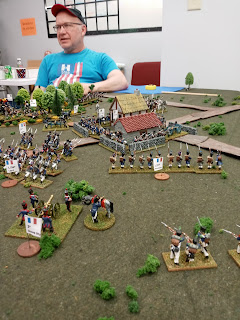 As French commander I planned an envelopment with a faint at the center. 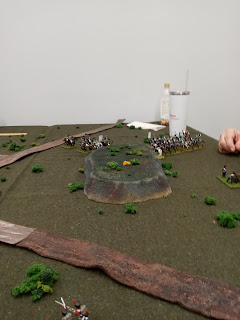 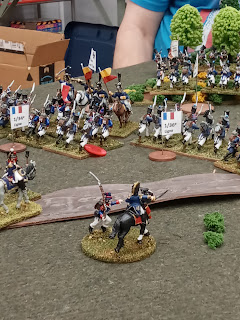 But the attack on the left is making progress as I draw much of the fire. 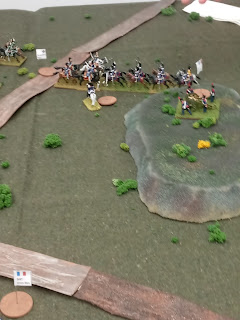 Prussian cavalry catch one of our columns in the open. 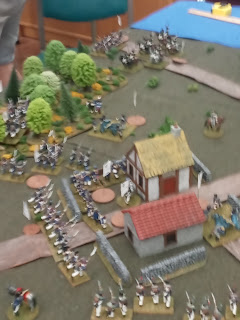 Our last ditch charge drives back the Prussian square but cannot break it. We are unable to cut the road in time and must fall back as additional Prussian troops advance down to road.