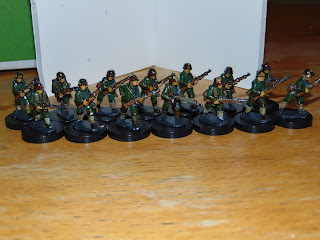 Once again I will not be able to make it to Huzzah this year but troops I painted will apear in the club game. 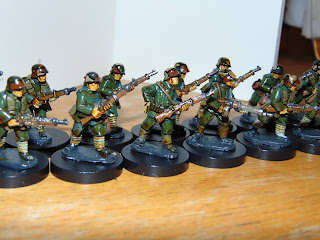 This reenforced squad or small platoon of German Imperial troops are done in historical colores (as best I could judge them.  I did the putties in the horizion blue of the French.  I'm assuming they are from captured stocks. 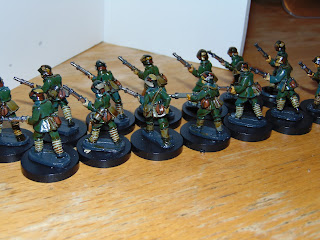 I understand that the camaflage helmest may not have been univerals but I liked the look so I went rule of cool this time around. 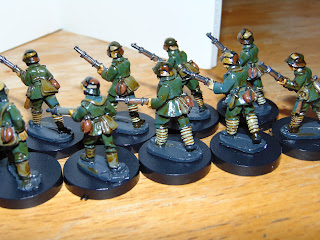 I ran out of time so plane bases will have to do... they shouldn't detract too much on the table. 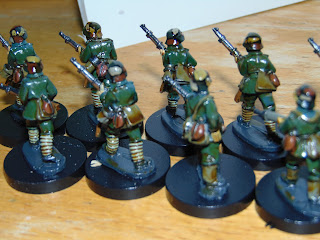 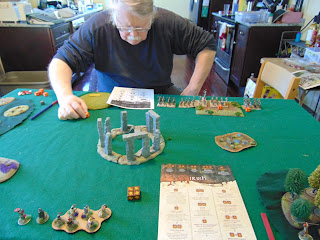 Two weeks ago (or there abouts I think it was 4/15)  My friend Mark cam to my house to take part it the first war game to be hosted there since it was purchased. We got in two games with a few interruptions form Evelyn (who was napping most to the time). 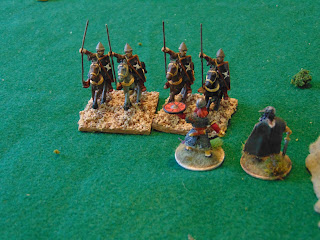 In the first game Normans face Irish and the fighting opend up fast a furious.  Mark trading two hearth guard for my champion 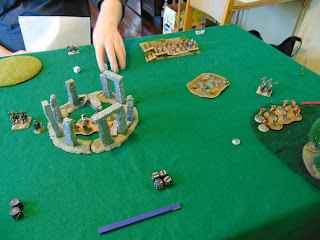 Sons of Dana and javelins got still more Mounted Normans 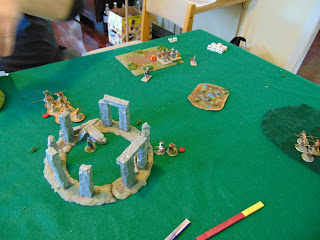 It was a close run thing but my Warlord taking advantage of cover was able to survive and launch a counter attack that routed mark form the field. 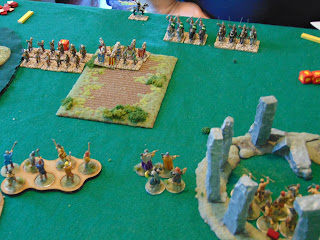 Charging straight into bows and cross bows was not a great idea though I just about broke even in the end. 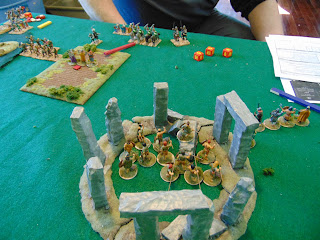 Next time the slaves don't get the hard cover. 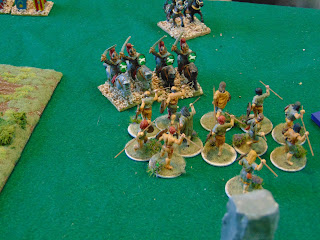 Interestingly they did pretty good when thrown at the cavalry (Howling axes and combat pool will boost even Levys into something that can hurt). 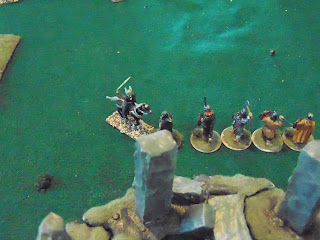 It came down to warlord against warlord I survived but barely. 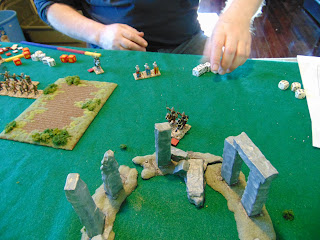 Mark took may warlord with a follow up charge from his Hearthguard.  I almost managed force a draw but Mark road me down in the end. A fun Sunday afternoon of game.
Posted by AdamC1776 at 1:17 PM No comments: