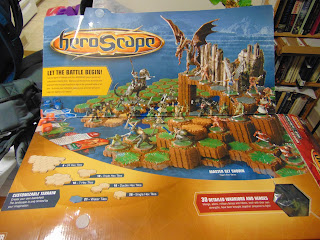 Picked this up for $3.00 over the weekend.  all the part seem be there so its quite a find.  I'm thinking of selling it but keeping the tiles for Frostgrave terrain is tempting as heck. 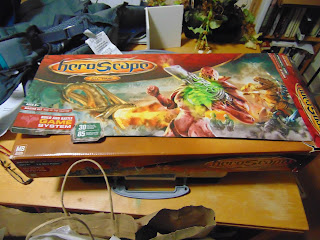 I have to do some recon and see what people are getting for them on eBay.
Posted by AdamC1776 at 1:40 PM No comments: 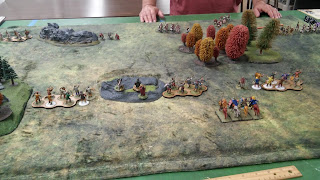 I got to get in my first War Game since Evelyn was born.  John and I met up for Saga both of us were trying new Armies/Battle Boards.  John was running a Roman army while I was giving the Irish a spin. You can see the initial set up above. 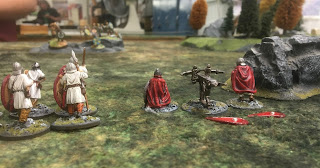 John moved first send in some troops around the right flank and using his Manuballista to plink at my troops. I plinked back using the Sons of Dana ability form the battle board.  I didn't do much damage but it did make John leery of broken ground. 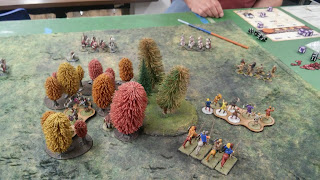 I moved to counter the attack on the right with Javelin armed warriors and mounted Heathguard. 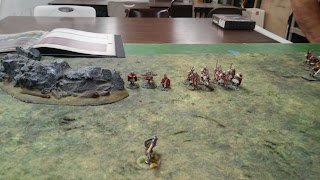 I sent one my Curaidh (champions) ahead I figured either john would move up with this troops to hit me or I would get a shot a the balista. 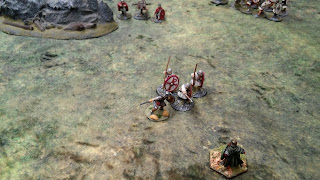 John moved in and after an initial fight were no men were killed my Warlord, Curaidh and a unit of Wariors showered them with Javelins and then finished them with the Curaidh charging hand to hand. 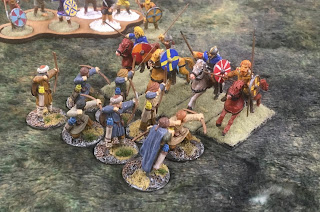 On the Right my horsemen run down the Roman archers I did a lot of damage losing one of my riders but killing all but two archers... 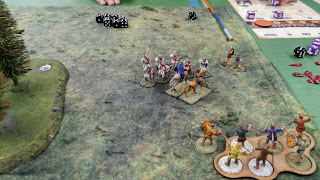 The archers shot after falling back killing another rider and then legionnaires came in and cut my men down. 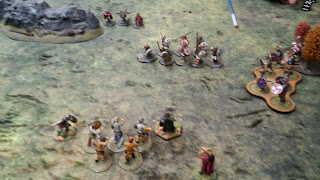 In the center the roman Heathgard and warlord are being pelted with javelins form multiple directions including my Heathgard who emerge from the woods. 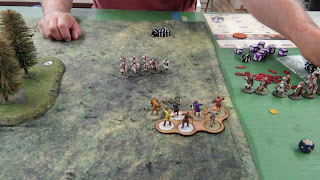 on the right my warriors throw Javelins wiping out the archers and then... 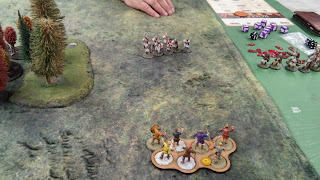 Run away form the nasty Romans 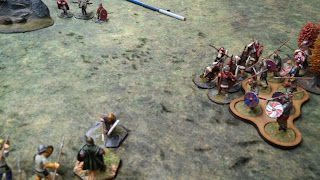 The climax of the battle Both Heathgarde units clash as do both warlords (Warlords Pride) I use the "Old Ways" ability with the stag (the best of the Irish dice results) and John's warlord is throwing one dice to my five!   The noble Centurion is cut down by the son of Eire. 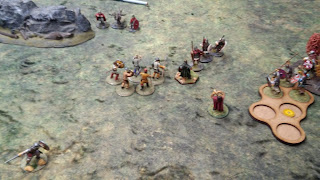 The Heathgarde fight to draw... and my War lord closes to finish them off. Then my warriors take the Balista. John had terrible luck with his dice all game I got a lopsided win I lots my cavalry while john was reduced to one unit of Levies and one unit of Warriors.  Its not even necessary to total up the slaughter points.  Still both of us enjoyed the options we had with our "new" armies.

For those who want a baby update she is almost six weeks old and sleeping 5 to 6 (sometimes 7) hours most night.
Posted by AdamC1776 at 2:18 PM No comments:

The Lady and the Dragon 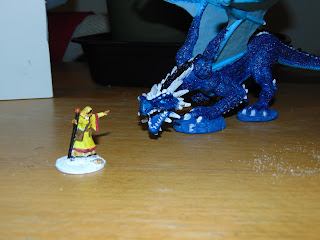 Painting time has been pretty limed but I have managed to finish up these two. 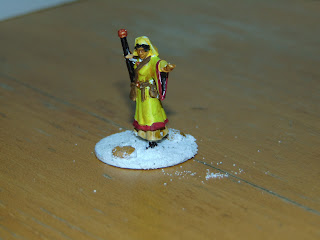 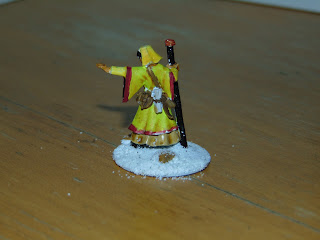 I'm a huge fan of this figure its simple and practial and I tried to paint it in a similar fasion. The Sigalist wizard has too many accesories... but this woman is practicaly dressed for exploring frosgrave. 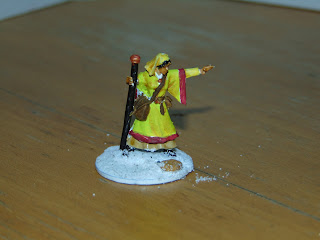 I went with a light yellow robe with red trim, the hair coving cloth is a smimple buff color.  I'm looking forward to make it 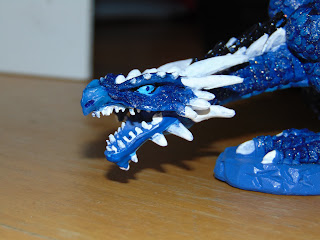 My Bones III Dragon is also "done" now that I see it in a picture I think I need to work on the inside side fo the mouth... 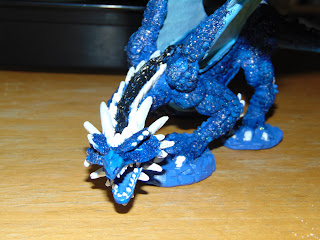 I did the body in various sades of blue then used a sparkling dark blue and silver embosing powder mixed with water and glue to add depth and make him shiny. 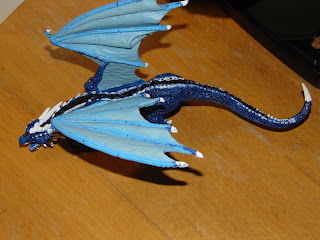 I'm not 100% thrilled with the wings but they aren't bad.  The white horns realy pop espcialy on the head. 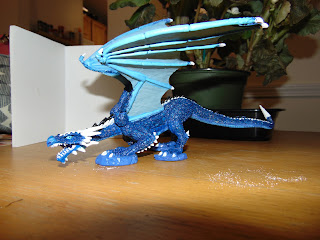 I'm planning to use him in Dragon Rampant games. 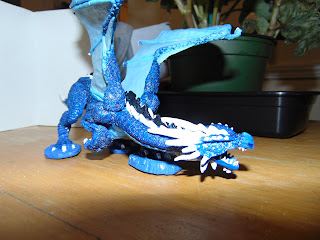 I'll probably use the elite infantry template with Flying and range attack upgrades. 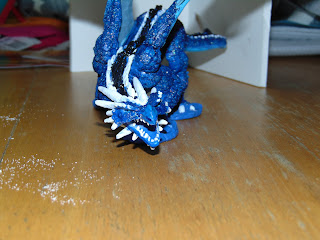 This is is a grea figure and I lookforward getting him on the table.
Posted by AdamC1776 at 9:10 AM No comments: