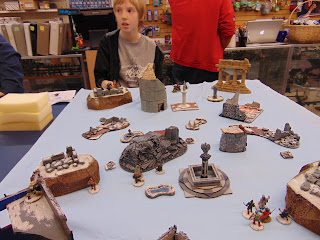 So Last night I got in some gaming my opponent was Dave's son William.   He was running a Necromancer and I was appropriately playing a Thaumaturge Who looked a lot like a popular fantasy wizard. He headed out to the left.. 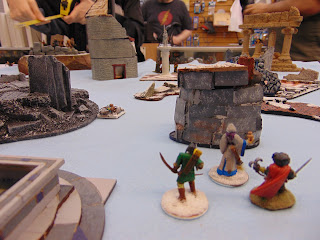 While my apprenticed moved to the right. 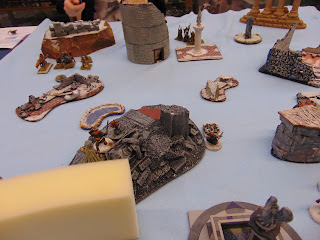 Will is moving up on a token while I close in on some others... 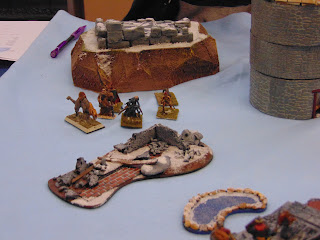 Will is disappointed when the token turns out to be my fools gold... 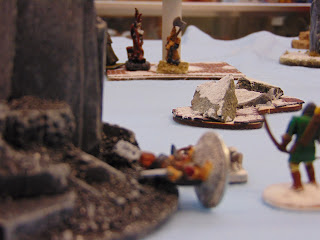 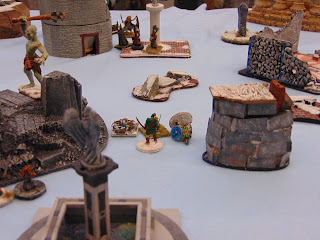 Next turn he gets another of my troops as he ties up my troops with his war hound.  Note a Frost Giant as appeared when I picked up a token. 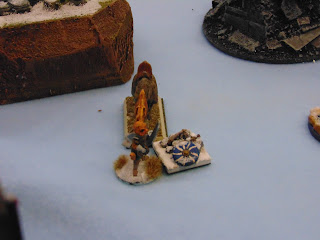 His summoned creature  a "Wolf" nabs one of my 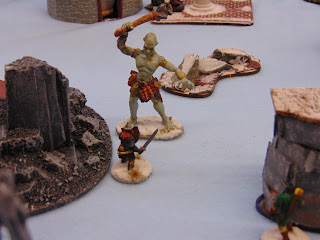 My man at arms knocks the giant back on it heals and the archer hits it as well the damage is significant but not enough to kill. 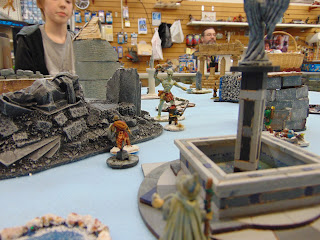 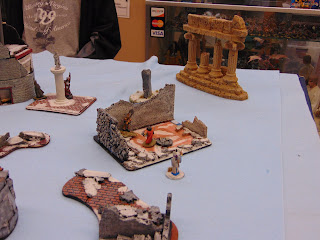 One thief of mine wins a fight... 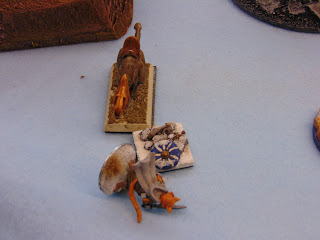 The other loses a fight. 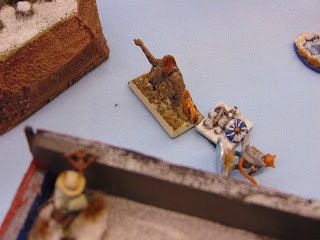 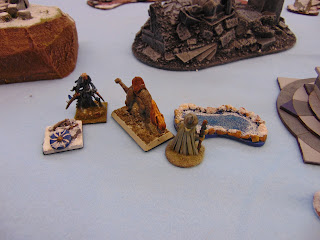 My Wizard managed to hold off the attacking "wolf" 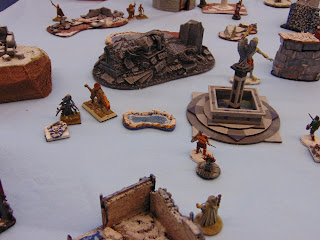 My man at arms is down... and so I am backing away... Will is pretty gleeful at my predicament. 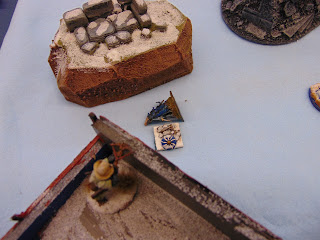 Then my crossbowman finally gets a hit, My wizard blows the giant back into Will's forces with a successful "push" spell.   I got away with 3 tokens Will despite his a glee a turn earlier got away with but one.  Will did a good job using his wolf and hound to tie me up and he got some great shots with bone dart. had he moved more of his soldiers up to take advantage of my soldiers being killed he might have wiped the floor with me.  Instead he counted on ranged shots and despite killing most of my soldiers I got away with the win (he's young he will learn).
Posted by AdamC1776 at 2:16 PM No comments:

Selling a bunch of miniatures over at my eBay store:http://www.ebay.com/usr/fencingfrog1776
Choice range from Space ships

and lots of Napoleonic infantry