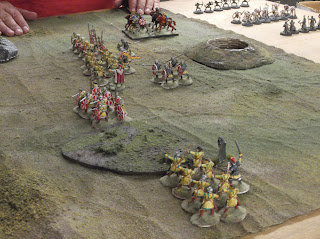 John and I met last Thursday for another game of Saga Age of Magic.  We used the Chaos rules for constructing a scenario for book of battles" Game Set-up (BoB Chaos) 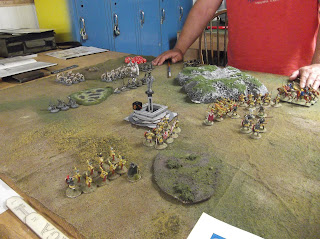 We were using armies similar to our previous one see his write up for details. 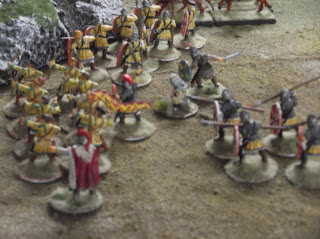 We did add a sorcerer I lost a unit of Warriors John dropped is Scourge for these.  I used Brian Boru form Footsore as my sorcerer. You can see him here with the Captain and Paladin.  His Lay on hands spell worked great with several Battle board abilities that required a hero to take fatigue. 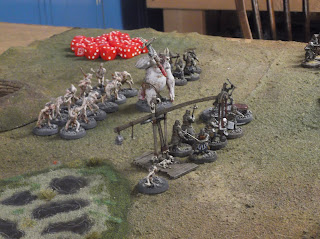 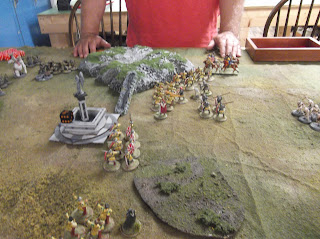 It took us several turns to engage John didn't kill anyone with the rift but he id force scattering of my troops. 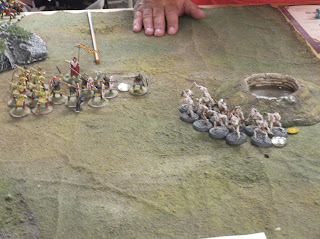 John's levies come boiling out to the tunnels.  Tied down my Paladin and my Hearth guard infantry. 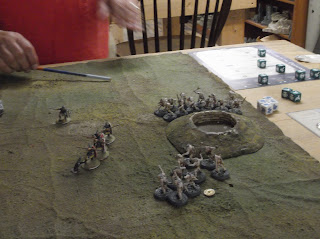 These battle were fairly indecisive.  I rolled poorly on the attack, my defense dice were good but I didn't get many kills. 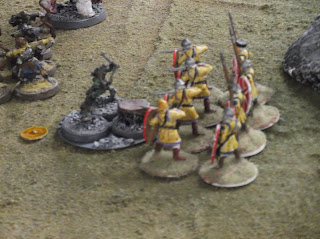 I did take out the destruction team with this unit of warriors who where probably the most effective unit for me on the board. 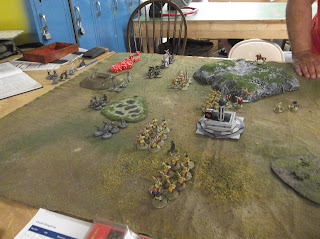 My Hearth guard cavalry charged and did little damage then suffered 5 casualties of their own in a series of fights. I finally managed to get them back. 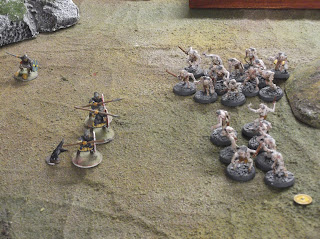 John's levies and my hearth guard fought series of indecisive battle I killed a number of levies but never got them below 6 each so John lost on saga dice. 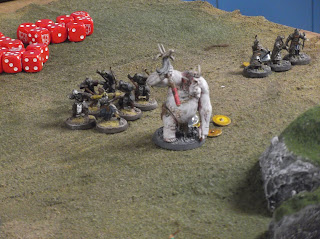 On my final turn I had a chance to take the Great Goblin down but failed... My archers rained multiple volleys at him but failed to score.  I had 3 men left in a unit of warriors in range and they took a chance. they failed to kill him by one hit... and the lone survivor fell back. 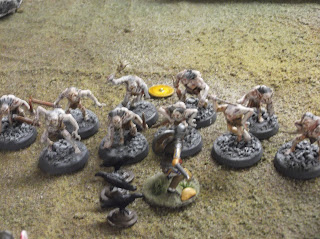 John almost got my Paladin but he survived...though he was exhausted. 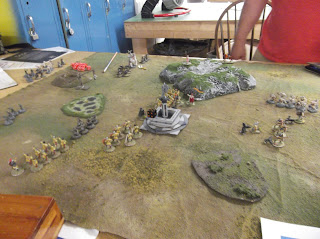 The game ended with both forces battered but largely intact.  John had the edge in point with 15 to 9.  I think we'll both try different armies next time.
Posted by AdamC1776 at 1:50 PM 1 comment: 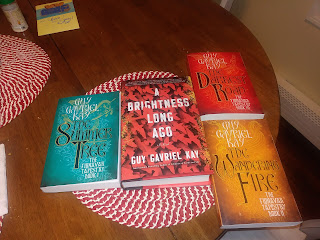 Readers of this Blog may recall of my admiration for the author Guy Gavriel Kay.  His Publisher recently held a contest and I won hard cover copy of his latest Book: A Brightness Long Ago and his trilogy (his fist independent work) the Fionavar Tapestry I'm rereading these (I first read them in the late 90s) after a long gap and truly enjoying rediscovering the story. 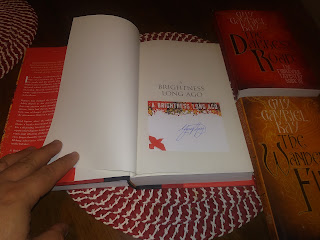 As an added bonus all four books are autographed by the Author a nice touch.
Posted by AdamC1776 at 10:43 AM 2 comments: