This game was last Thursday apologies for the delay.  John and I again met at the Hobby Bunker for a game of saga a rematch of the last one. John has covered battle as well: Refused Flank 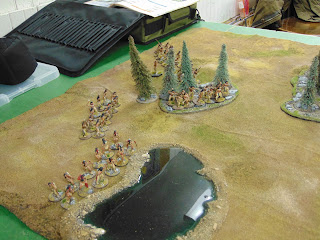 With a refused flank set up you start on the short edged of the table. John tucked in close behind cover... 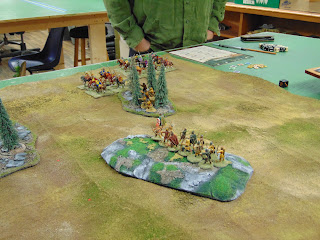 I tried to get as far forward as reasonable. 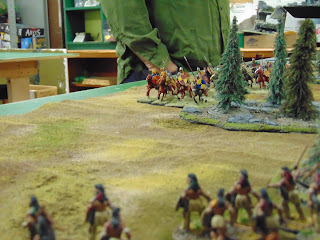 My Cavalry was running up on the flank 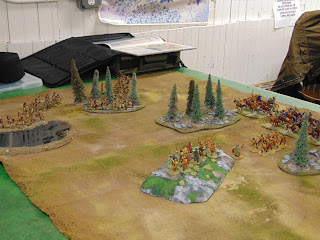 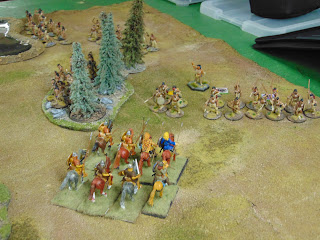 In race the warriors hurling Javelins as they go... 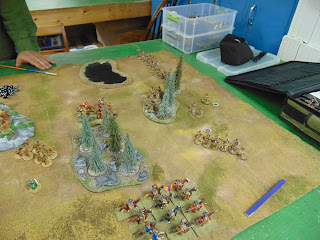 Then racing away when the enemy counter charges... 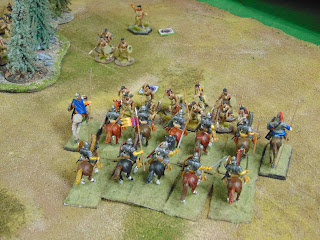 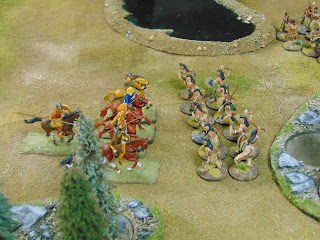 John brings a rain of Javelins down on the mounted warriors. 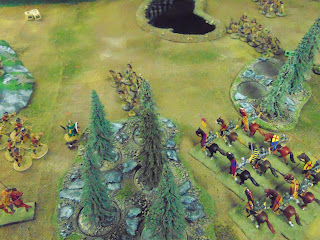 That unit is reduced to a single figure who runs off to hide. John picked up a fatigue of my cavalry slowing them s they miss a chance at the warriors in the cent. 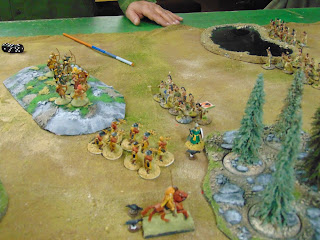 He showers my Warlord with javelins. but I take little damage and after softening them up with arrows 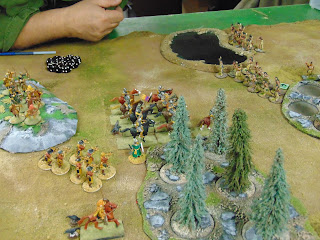 My Hearth guard of heavy cavalry routs them form the field. 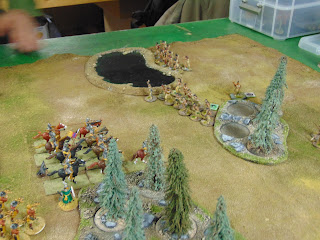 John sends out his men but my cavalry dance aside... 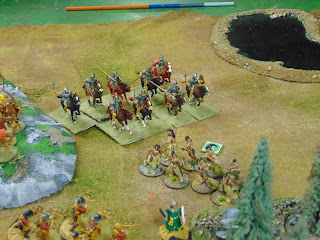 Leaving my warlord vulnerable... javelins strike and then in they charge. 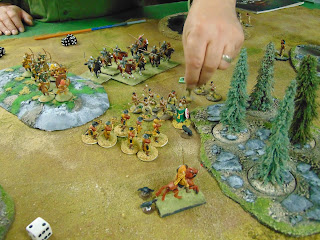 I manage to battle them back with my warlord. The final count was 18 points for the Normans and 7 for the Skraelings.  Look forward to playing these again and to seeing how some of my other armies fair against Skraelings
Posted by AdamC1776 at 1:14 PM No comments:

This poste was delayed becasue of my need to get in my Friday entry inot the Anlalog Hobbies Paining challenge and a very bussy weekend. 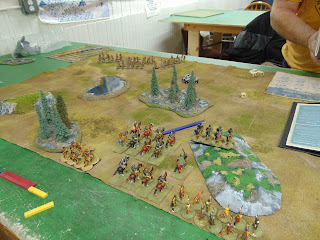 Last Thursday John and I met at the Hobby Bunker.  John had book of bbles and we set up for a meeting engament in marshy lands.  We both were playing new warbands.  Mine was brand new my Normans.  Johns wass new in the sense that it was the first time he had used Skraelings since the Saga 2 came out.  I started hout heged in by terrain. John had a force of one levy and 5 points of levy. I had 3 points of Herthguard (mounted) 1 Point in Flemish Mercenaries 1 Point in Cross bow men and one point in levys (with bows) 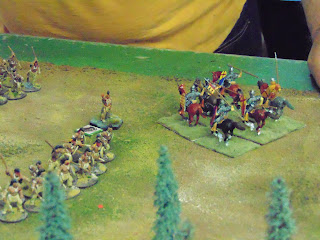 I Drew first blood with a quick cavalry charge that struck home on turn two with Killing off a unit of six Warriors. John countered casing me off and killing several men with multiple Javelin strikes reducing the unit from 8 to 3 men. (basicly outing it out of action) 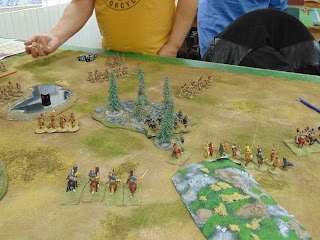 Then cam several round of long range sniping and maneuver. 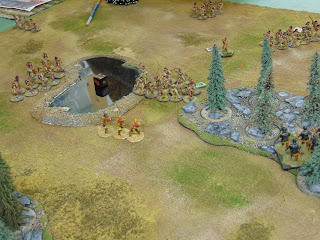 John had the better of exchange leading to the serious reducing of my Crossbowmen. 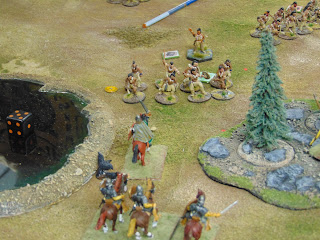 My warlord killed off 4 warriors driving the rest back but took 4 hits doing it.  (three fatigue and one body guard). 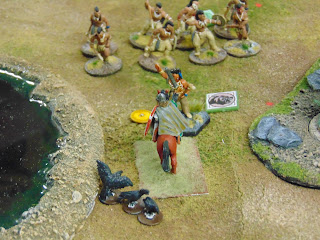 John wen for the Heroic option having his warlord move twice to engage me.  My valiant Norman Barron fell in the battle. 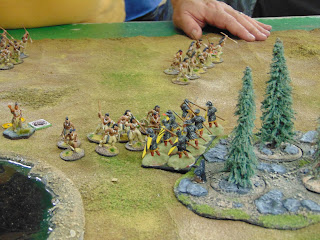 John got his Warlord out of harms way and my Flemish mercenaries took a measure of revenge hitting the Skraeling warriors and driving them back. Both of us made errors with our new battle boards and John's tactic and dice were better tonight.  I managed 10 points to his 16.  I think that when fighting Skraelings I'll leave my Flemish Mercenaries at home in favor of something with more range and/or Mobility.  You can read John's take on the battle here: Meeting Encounter
Posted by AdamC1776 at 1:32 PM 1 comment: