With life returning to some semblance of normal I am looking forward to some in person gaming. 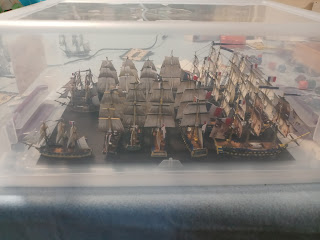 To get my ships to and from in person gaming I decided to go with a system I saw on the Black Seas official Facebook group. Dave Kingtiger I believe posted it. 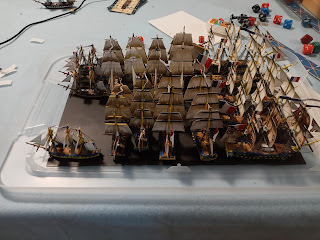 I put a magnetic sheet on the cover then placed metal washers on the bottom of the ships. They stick quite securely. 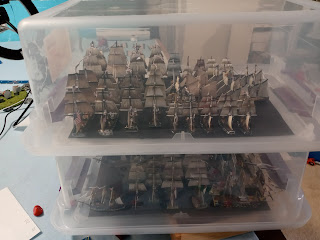 The bottom of the case goes on top protecting the sails and rigging. The system is so simple I feel I should have thought of it myself but I can imitate it and share.

Friday Night I started the convention hosting a Game of Black Seas. 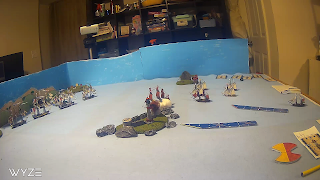 My game featured a British Attack on French Port where a French 1st rate was stuck on a sandbar. One group of English light ships (Frigates Brigs and fireships) was lead by Chris. 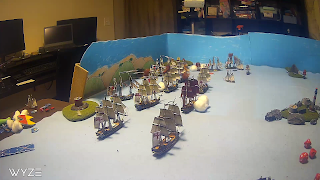 The other wing of ships of the line lead by Bob came on slowly letting the fireship attack develop. 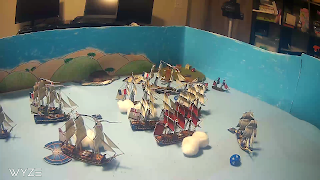 With the French line broken by the fireships and hammered with gunfire from the battleship the French fight hard but are overwhelmed. 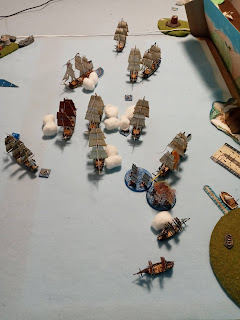 In the end a French frigate and a ship of the line where captured. Two other French ships of the line where destroyed and the 1st rate was also destroyed.  All the major English ships escaped though many will be in the dockyard for quite some time. 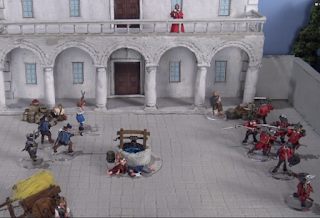 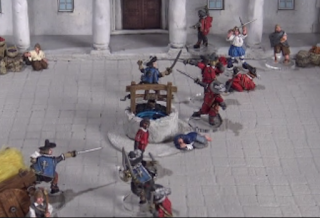 I ran the 3 Musketeers in swashbuckling battle with the Cardinals guard.  The fight felt very much like a cinematic sword battle but was quite quick to play. 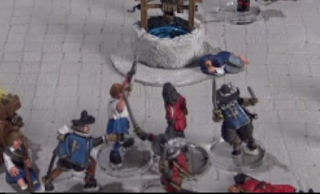 The fight ended with the death of Rochefort. Later Saturday night took part on in an interesting Napoleonic battle on Table Top Simulator.  I don't have any pictures, my French were holding but the result wasn't even close. 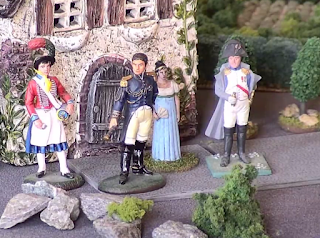 Sunday I played in Arofan's Sharp practice game where "l'grande fromage" was trying to escape the English and their allies. 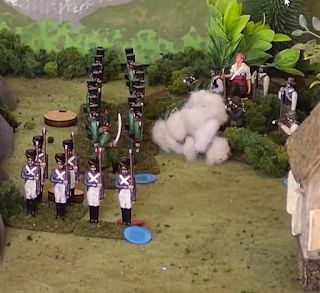 I managed to take out the Spanish Guerrillas after they hurt my friends. 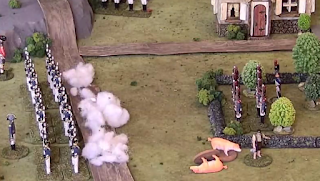 Despite hurting the English the French where looking like they might fall to Portuguese and probably did. 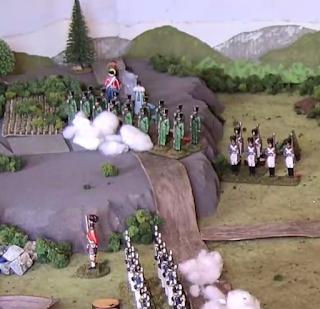 They did distract the enemy long enough for "l'grande fromage" to get way despite being charged by a lone Scotsman.
Posted by AdamC1776 at 12:26 PM No comments: