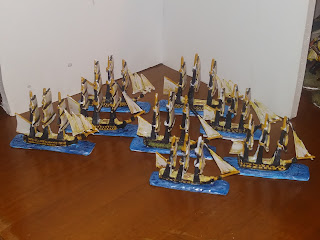 The Tumbling Dice Napoleonic Squadron.  Eight ships Seven ships of the line and one frigate. 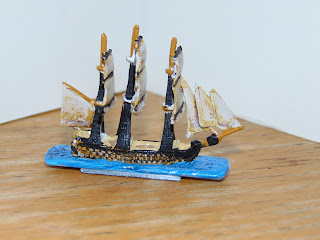 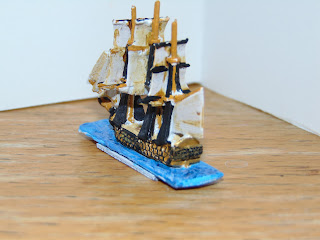 I'm very pleased with the sculpt especially the inclusion of rat lines which help make these ships look more realistic than the other models I have. 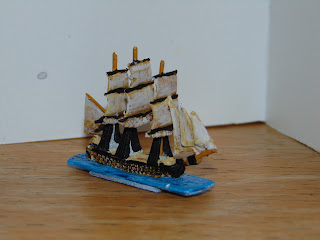 I followed the painting guide lines in the Trafalgar book and the ships really came out well. 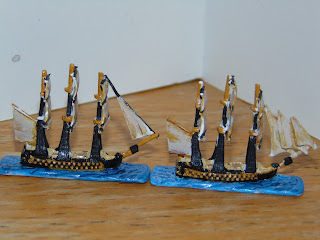 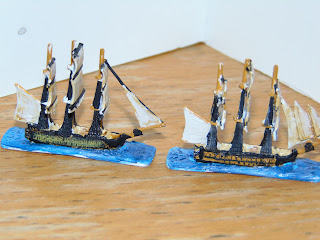 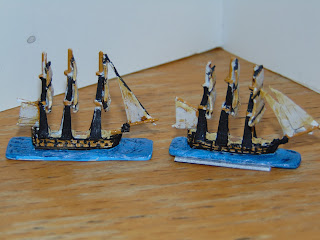 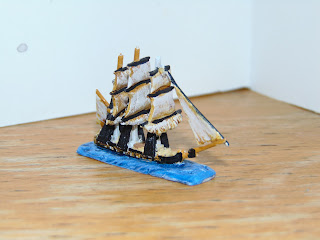 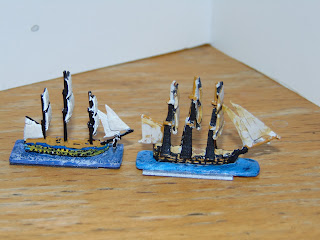 I think these will work with my Figurehead miniatures.  This is the Figure head 65 and the Tumbling Dice 50 gun ship.  They seem to be a reasonable match.  The Figure head ship looks a little smaller perhaps more delicate. 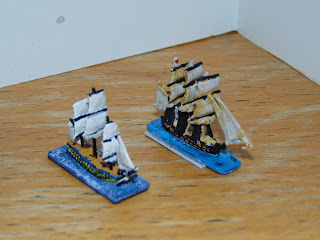 Since ships of different countries (or even from different builders) could have different designs I suppose they will work well enough.  The lack of ratlines on the Figurehead ships is pretty obvious... and really detracts form their appearance. 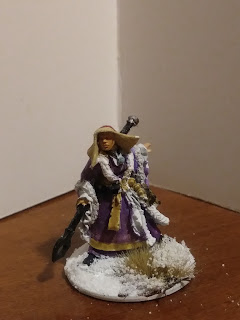 First up we have the Frostgrave Siglaist wizard I did the Aprentice some time ago (actuly this lady has been done for  a long time. but wasn't properly bassed for display.  She's not may favorite of my character form the serise but she'll do. 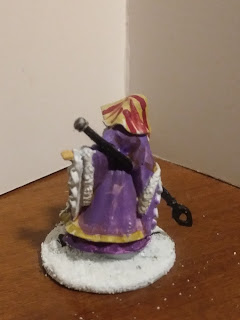 I'm not entierly pleased with how the head dress cam out. 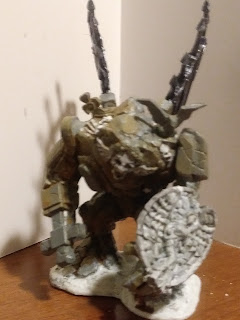 One of my favorite pices form Bones III.  The Grave golem. 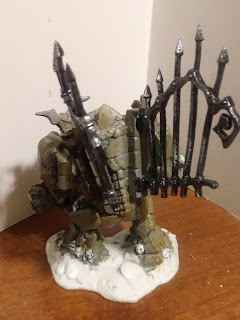 These "wings" were the bane of my existince while painting them as I tried to make them look right.  Its a great piece and I'm looking forward to getting it on the table some tim. 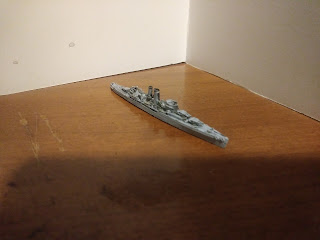 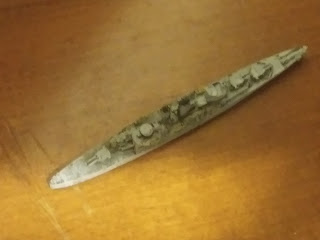 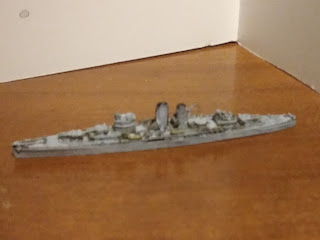 She had a lot less success as part of the international scratch force of ships opposing the Japanese in the Java sea where she sank in the second battle of the Java Sea.  Her Wreck was found in 2007 but was destroyed by illegal salvage some time between then and 2016.
Posted by AdamC1776 at 12:59 PM No comments: