Last Sunday I was thrilled to run a lite version of Frostgave with local Cub Scouts.  Dave Valintine ran Devil in the wilderness, Bill Greenwald ran an RPG called The Loop (hope I got that right) and my new friend Hunter Theon(our daughters are besties) rand D&D. 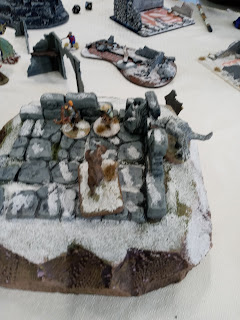 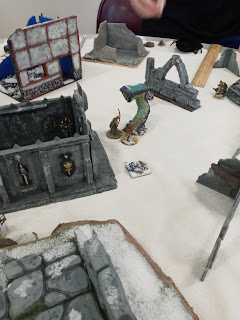 Two brothers teaming up to kill a great worm. 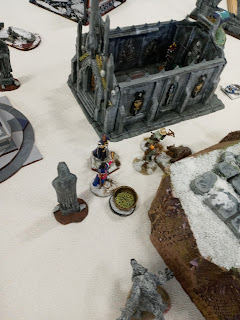 We also saw my gravegolum make an appearance and a team of players take him down. While another player barely avoided possession by demonic forces 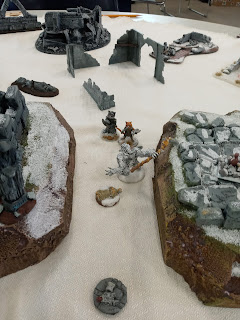 The second game has only two players and they kept getting mixed up in numerous battles. Including a wizard who wanted to be left alone. 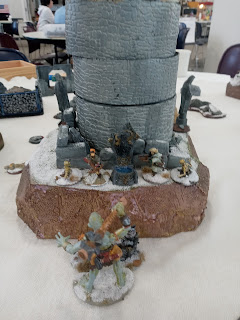 One player lost both his characters after running from the Giant only to attack a resting undead creature he could have bypassed. Good fun all around. 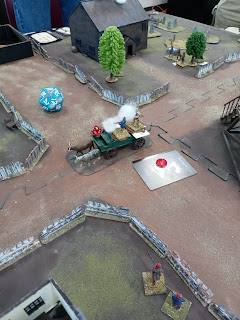 A few pictures of Dave's game . 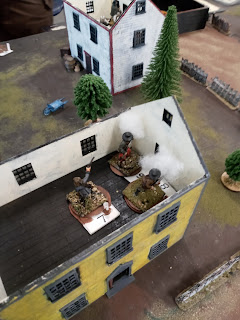 Email ThisBlogThis!Share to TwitterShare to FacebookShare to Pinterest
Labels: Ayer Con, Devil in the Wilderness, Frostgrave