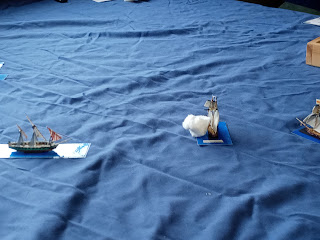 Its 1800 and United States are at war with the French and the Barbary Corsairs. Sailing a gauntlet of Privateers in the Mediterranean to get as many merchants home as possible. The Corsairs attack the front of the convoy from the south. 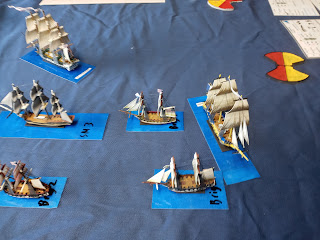 The French attacked the rear of the convoy from the North. This French Frigate slipped passed the escorts but was unable to grapple. 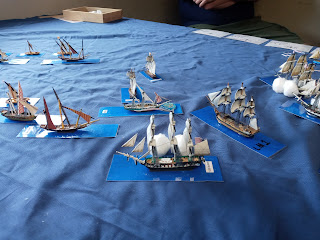 The Corsairs attack in force  swarming the leed merchant despite the effort of the USS Congress and Boston. 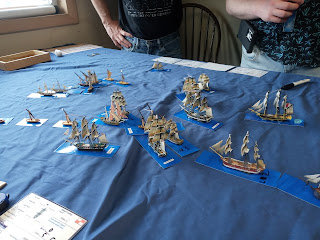 The Corsairs took a merchant and a Navy schooner... 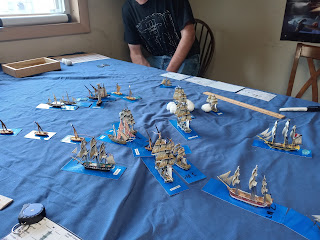 And then boarded a second merchant which is quickly overwhelmed. 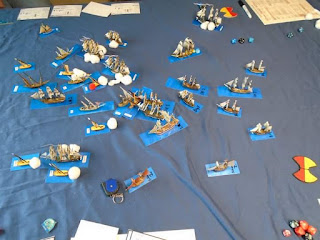 The French ships are beaten back with large amounts of damage. The Corsairs lose one Xebec and have several other damaged but take two merchant's giving them a minor victory.