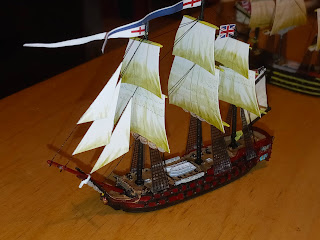 She took part in Cornwallis Retreat in 1795. In 1798 she had a famous single ship action with the French 74 Hercule. See: Battle of the Raz de Sein She also took part in the Spithead Mutiny. 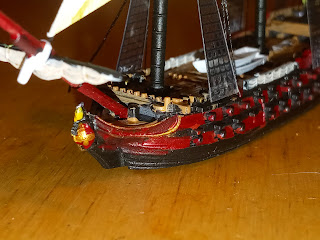 I decided to take a little artistic license and paint a ship named Mars red. I can find 0 historical evidence for this (infact she seems to have had the standard yellow but that's no fun) but I like how it looks. 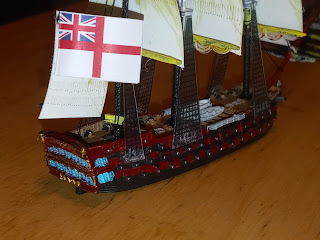 Like all Warlord selections Mars saw action at Trafalgar engaging multiple French and Spanish ships.
Posted by AdamC1776 at 9:23 PM