The Battle of Groix

We tried the second battle of the Bay if Biscayne campaign. 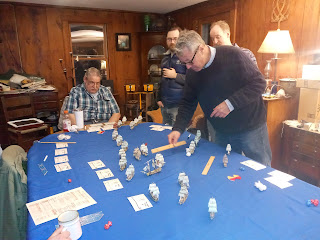 The French decided turn on the pursuing British. 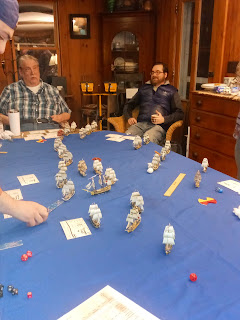 Arofan had some of the wort luck with dice I have ever seen and while the English took hits the French took more damage with each exchange. 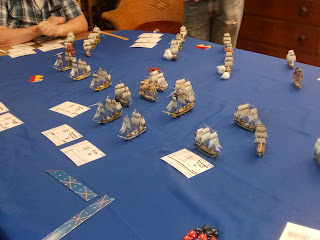 I felt turning away was a bad idea but the French persisted. 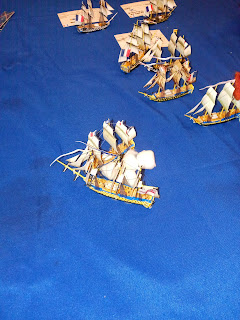 The side hit the pursuing English hard but too little too late.
Posted by AdamC1776 at 8:36 PM