Death in a Tight place 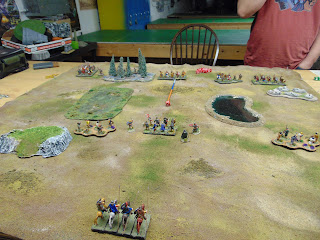 So I am way behind on Blogging (Dad Life) since John already has an AAR up of this action I'm writing it first before my games with Mark that happened on the 22nd.   Death in a Tight Place was a scenario I wrote myself (see Scenarios for Saga) and this was its first Play test. My army consisted of two Curaida, three points of Irish Hearth Guards on foot (in two units of six), on point of mounted Hearthguards and one point of Vagrant warriors.  John had 5 points of Saxon(Germanic peoples) warriors and a unit of scouts (8 mercenary Levys) 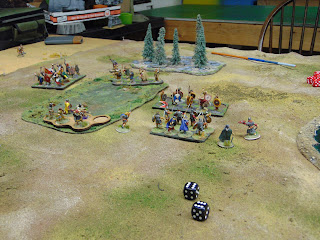 John moved up quick with his first move and even scored first blood with bow shots form his scouts. 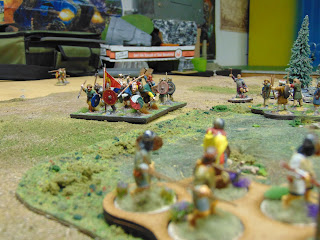 The Saxon's were quickly threatening the flank.  The flanking warriors and scouts were quickly up on my left side Hearthgard and drove them back killing 4 of 6. 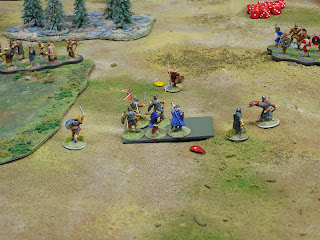 Vagrant Warriors and Saxon Clashed in the center and arrows killed more of the Vagrant warriors. 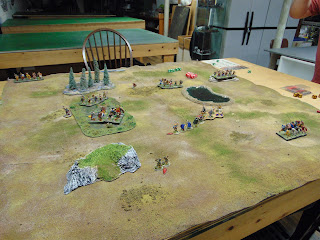 I opted to fall back at this point concentrate my infantry in the center and let the cavalry guard the right flank. 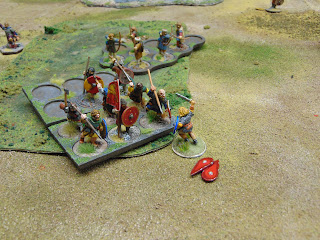 At this point I realized that my strategy should have been to hurl my hard to kill Curaida at the Saxons from the start.  I began to do this to Johns frustration. 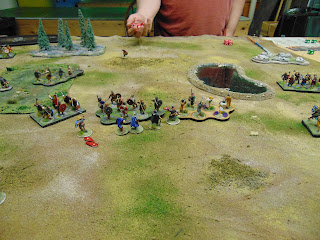 The Saxon storms break in the center killing the last of the vagrant warriors and exhausting my Warlord. 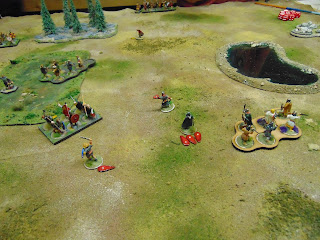 But champions and Hearthguard finish that unit. On the right my cavalry can only manage to slow down the warriors on that side. 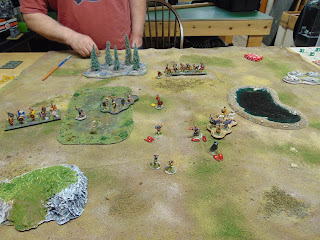 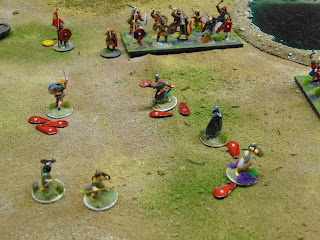 John's Warriors on the right kill five of six Hearthguard and I am entering my last stand. 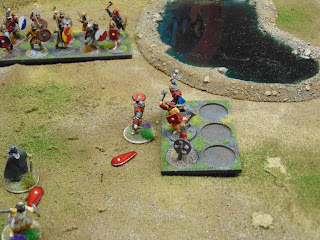 First one Curaidh and then the other are slain. 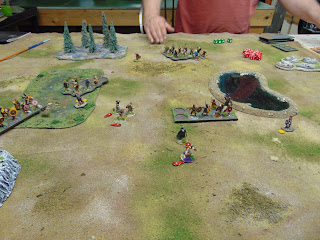 Another unit of Saxon warriors goes down. 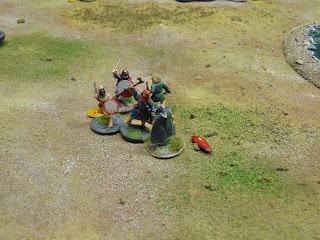 My Warlord now fighting all but alone makes a final charge.  He finishes off one more Saxon unit.   John edged me in points Killing but 3 hearthguards and my Warlord.
Posted by AdamC1776 at 2:36 PM