The Duke D'Argents daughter has been kidnapped by an evil warlord and taken to Hanghai. The Duke has sent his agents to rescue her. Several wizards of power have learned of this situation and are seeking to rescue the girl, though not all have clear motives for doing so. The Duke's daughter is no passive princess waiting to be rescued she plots her own escape from the evil warlord and may have an agenda of her own. You enter the sinister harbor of Hanghai knowing danger lurks behind every corner. 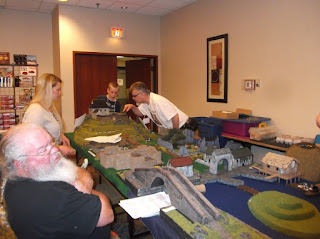 That was the description of the Game I had submitted to Mike Paine.  The first time I read Frostgrave I said this game should be played on Mike's Hanghai board. I will confess I was a bit nervous as this is the first time I have done a Convention War game with out a single play test. Mikes board is not one you can just set up.  I had done a lot of thinking about how to set it up... None of the characters were true Frostgrave wizards so I could balance them and I thought I had it pretty well set up.  We had Sam the War lord of Hanghai, Michael Johns as the Inquisitor, Mike Paine as the Court wizard(employed by the Duke), another Mike as the Witch (princess' secret mentor), Micheal (an old friend who it was great to reconnect with) as the Necromancer (allied with the Warlord) and Julie payed the princes (a wizard in her own right with two magical decoys) 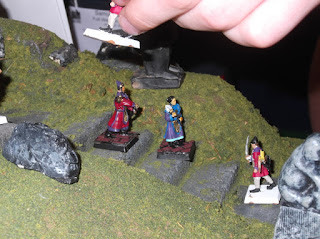 The princess got moving fast sending her three  figures on there different route to the harbor. Even I didn't know which was the real one (so I wouldn't accidentally give it away) The War lord move out quickly as well with a big force of Watchful Studios soldiers. 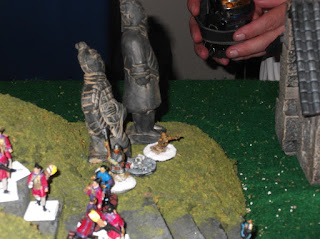 Mike the Inquisitor made an alliance with the War lord, probably hoping he could pull the princess out from under his noes at some point. 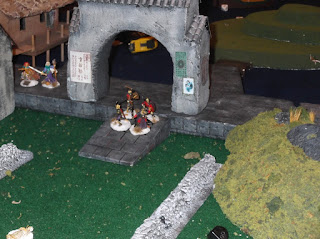 The Necromancer arrived at the same time as the Witch the two wizards sized each other up but other than playing tug of war to control one of the skeletons they left each other alone. 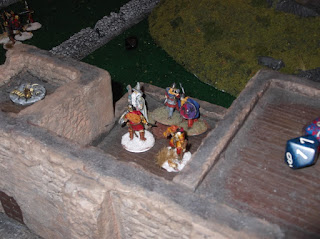 Mike Paine managed to recruit a local soldier to support his search for the princess... 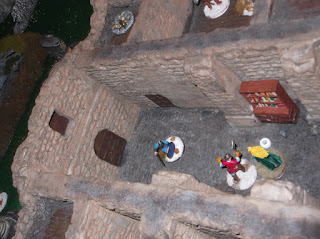 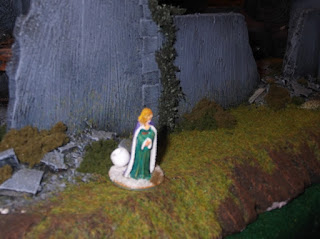 One of the other Princess figures had been quietly making her way along the far side of the board.. she had also used invisibility (I ruled that the magic involved could be sense so players would know about where the figure was but couldn't target it) 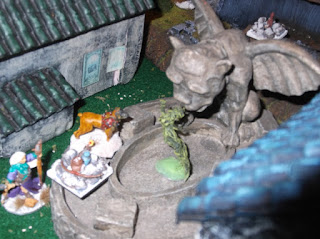 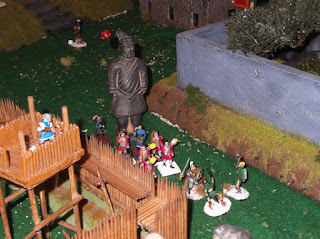 The War lord was coming with lots of troops, the inquisitor and a large construct in tow 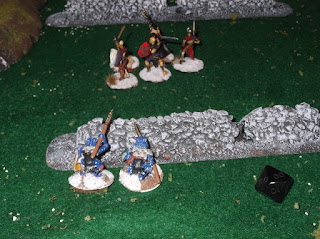 The Necromancer found she was ambushed by toad men her troops ould make short work of them. 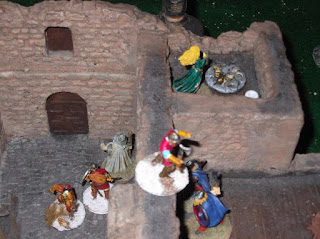 The court wizard and princess are so close but it takes some talking for Mike to convince Julie he really is a friend but after several tense turns he manages do get her to believe him. 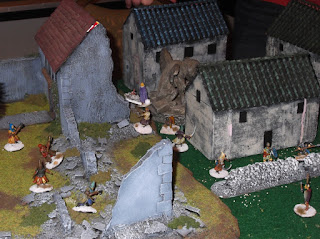 A fight between the witch, the necromancer and the cultists is developing... but then... 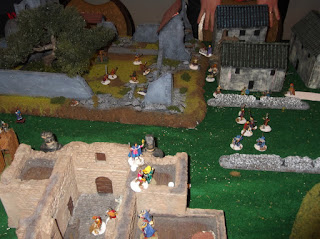 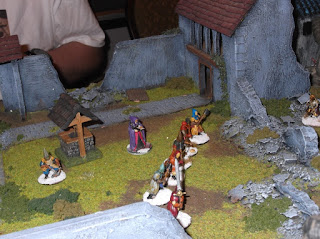 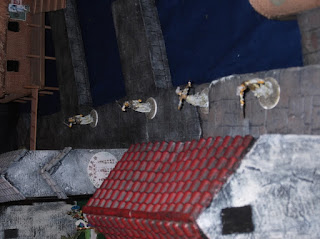 like these Frost Knights who block the rout to the Piers. 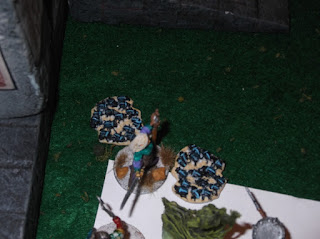 The Necromancer hits the Witch with the insect swarm spell.. 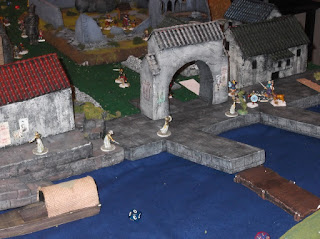 Every one is running for the boats, the Witch, Court Wizard and Princess are in a loos alliance, the Necromancer and war lords are at odds... and strange creatures are appearing every where.  The Frost Knights free the Wraith form the witches control... a very unfortunate event for her. 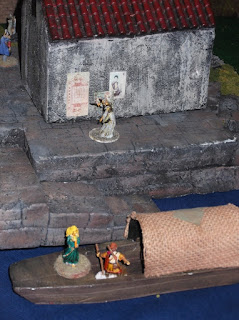 The princess has made her way to a boat with the Wizard's ranger in tow. 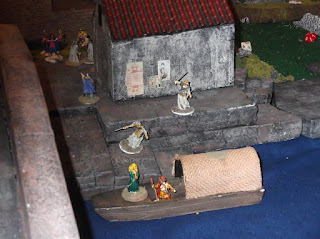 But first they must fight off a frost knight 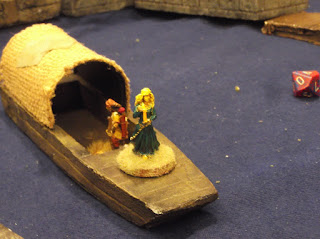 The princess is no her way.. 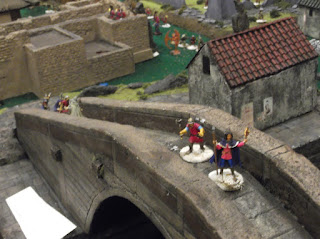 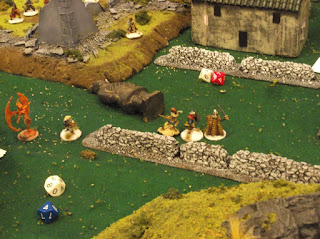 The witch dispels the warlords control of the large construct... and the Inquisitor's men have to take it down. 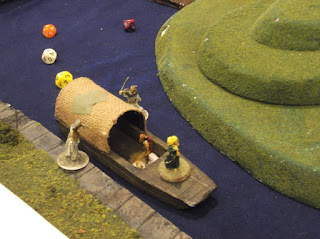 The Princess just manages to stay ahead of the frost knights.  Every one had a great time, Julie especially played an exceptional game as the Princess not giving away who the real princess was until she had to.  I'll make some changes next time I run this and Mike and I are eager to collaborate again  so you can expect more Paine and Frog games in the future.
Posted by AdamC1776 at 10:20 PM