For the annual Fort Devens Museum Game day I oped to run my Gun Fight on the Arctic Circle game.  For the historical back ground take a look here though the OOB is not the same.   I simplified the forces.  USS Washington, USS Tuscaloosa and USS Wichita Vs. the Tirpitz and Hipper.  The USN Commander would have the option to call in Destroyers form convoy PQ-15.  The German Player had the option to call for Subs and Air support.  I had determined a head of time that the Allied Air support would be fighter cover only with one torpedo bomber strike on the Germans. 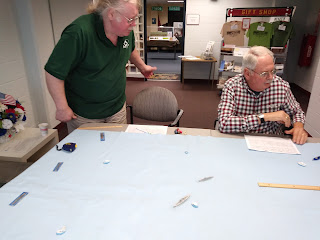 I had two very good players Mark who I Gamed with several times on the left and John who I met for the first time. John is a Navy vet who served in fleet Tugs and he told me with a twinkle in is eye that he had been shot at by three navies, while towing target sleds😁The Washington arrives from off table on Turn 3 giving the Germans a few turns to maneuver. 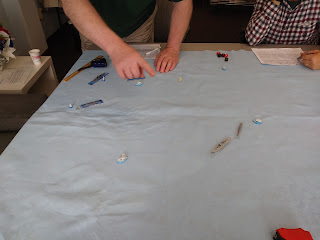 John Played a very cagey game working toward the convoy but keep at extreme range with were the Germans gunnery had a slight but important advantage.  He was helped by two U-boats.  One of them landed a light hit on the Washington (doing very minor damage) and another who missed the Wichita but forced the ship to make evasive maneuvers slowing its efforts to close on the Germans. 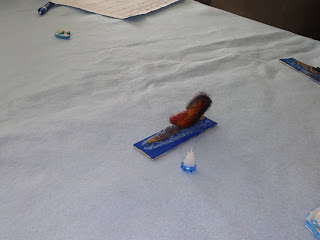 Fairly early on the Wichita was put out of action.  American Damage control got the fires under control but Mark move her out of the battle area. 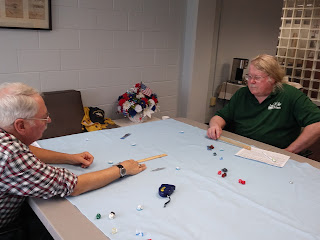 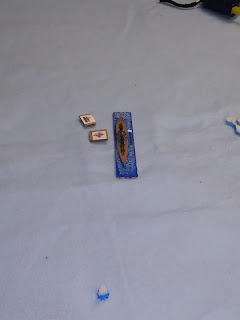 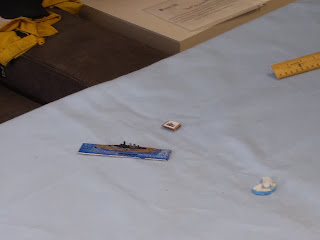 US damage control managed to get things under control and the Washington was showing good gunnery.  The Tirpitz also fought off an attack by a flight of 4 Fairey Swordfish torpedo bombers 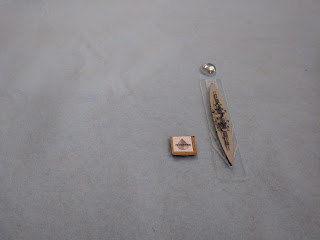 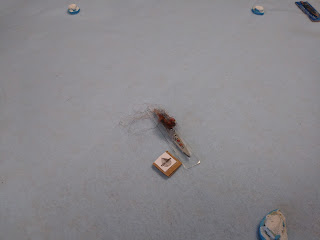 The Tuscaloosa and Hipper had been battling and Hipper made a turn for home Tuscaloosa got in one really heavy broad side causing both flooding and setting Hippers torpedo mounts on fire. The Hipper struck back sinking the Tuscaloosa. 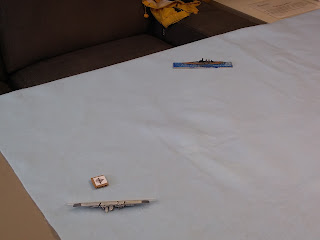 Washington however had found the range and with Tirpitz no longer able to take advantage of plunging fire her return fire though as accurate as before was not able to punch through the American's armored belt. The 16 inch shells of the Washington smash the Tirpitz and she sinks.  The Hipper makes good her escape was the Washington is down several points of speed.  I think the modified scenario gave the Germans a much better chance of winning. John held his air and sub support in reserve (Mark did the same with his destroyers).  The attack on the convoy lead to two large merchants being sunk by German air craft but the U-Boats had a bad day getting 0 hits thanks to US Destroyer men's excellent defense.
Posted by AdamC1776 at 7:08 AM