This past weekend I took Evelyn out the Hilsborough History Alive event.  This included camping out for the night in a tent (more on that latter) 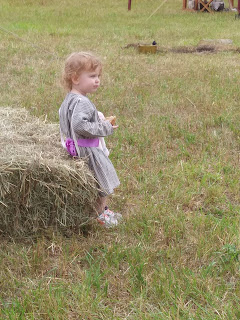 She had no issue adjusting to the period clothing (we did modern shoes after a look at the field which was to rough for tender feet). Though it was a challenge to get her to keep her hat on. 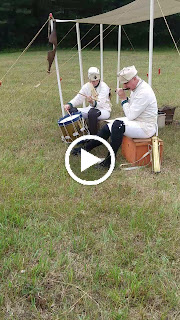 Evelyn enjoyed many parts of the event including the French music played by Joanna on Drums and Steven on Fife. 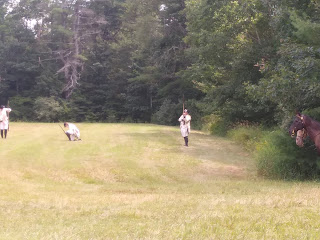 Evelyn watched the Battle on Saturday with me.  At first it was a little distressing to her until I told her "they are playing."  At this point she calmed down and repeated the phrase often.  She also called out Yeah! UNCLE DANA and Yeah! UNCLE Steven at intervals during the action. 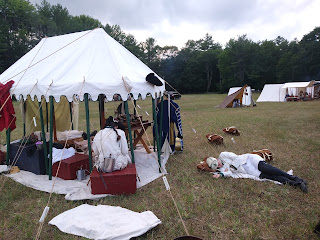 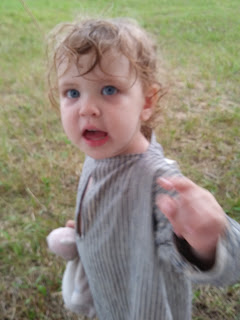 Getting caught in some rain didn't distress her too much (we got into shelter pretty quick). 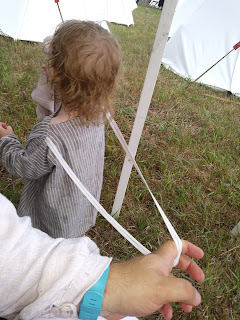 Keeping her under shelter requited the use of the leads built into her clothing! After this the group went out to dinner it wasn't the best experience but it kept us dry. Saturday night was interesting.  I put her to bed after dinner and came back to the tent about 11:00 (having stayed with in hearing distance of it).  At 1:30 AM Evelyn stands bolt upright in bed and as soon as I open my eyes in response announces "ALL DONE NAP DADDY!" It was a full moon night and there was still a lot of activity going on so I think she believe it was morning or even afternoon. I had to do some fast talking and finally got her to lay down with me on my bed roll, eventually she went back to sleep. 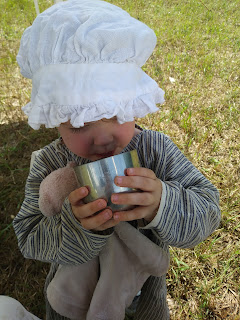 Sunday was more of the same. I picked her up a special cup to use at events 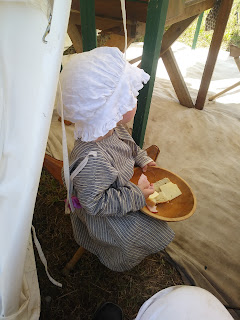 She ate lunch while I got some sewing projects done (it was a surprisingly productive weekend for projects) a set of gaiters repaired, a par of breaches also repaired, and new seniority chevrons added to my uniform coat. 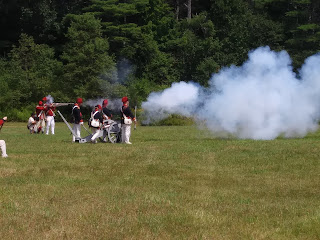 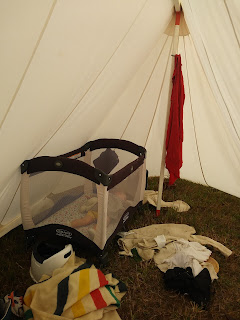 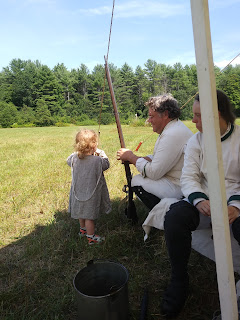 She played with Uncle Dana after the battle/nap time.. 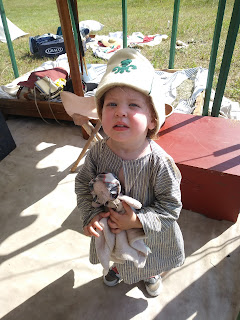 Her bear pink got her own hat thanks to our friend Jess. 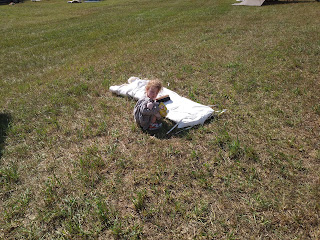 Evelyn even pitched in breaking camp Brushing straw off canvas 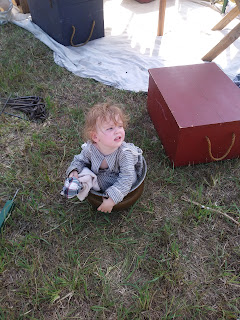 We also did a couple of comedy shots like this one of Baby soup!  All and all a great weekend.  Camping out may have been a bit too much too soon but Evelyn told mommy she wants to go 'camping' with daddy again so its a win.