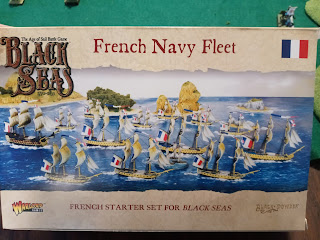 Having traded in some old rule books and minatures that weren't going to get used so I had a nice chunk of credit and decided buy myself an early Christmas present for a winter painting project.  This won't some as a great surprise to anyone but its fun to share new toys. 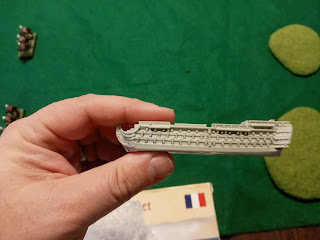 First up we have a lovely French 1st Rate. I recently got the l'Orient so its possible I might flag her as English.  I'm trying to find a French 1st rate captured by the English that actually got put into English service most seem to have sunk or turned into hulks because they were too damaged 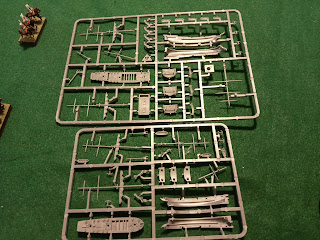 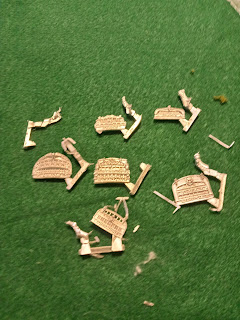 There are nice stern plates and figure heads to customize the Ships a of the line and frigates.  There are some nice ships here l'Aigle, Redoutable, Bucentaure,Themis, Hermione and Comete.  Aigle (Eagle) could make a nice US ship of the Line if I ever want one. 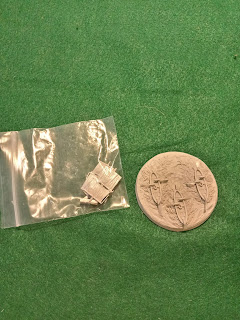 There is also a nice gun boat base, it will be nice to have a second one of these for harbor defense scenarios and or Lakes battles. 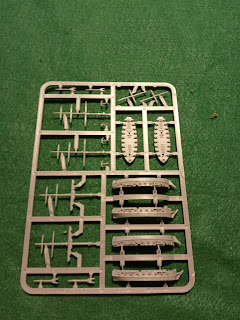 Finally there are frames for six brigs.  I have some conversion ideas I want to consider for these because I don't think I need anymore Brigs.  These will be good fouder for the Painting Challenge.
Posted by AdamC1776 at 1:33 PM